Mushrooms should not be eaten raw in general.  The forms should be allowed to dry for a few days and then baked in an oven at no higher than 180 degrees F.  Ecological systems services are quantifiable monetary value.  Live ecosystems have a tangible dollar value.

In Hawaii there is an ingrained local practice of serving meals in foam lunchbox containers.  These containers are often used not only for take out, or food trucks, but even inside sit down restaurants.  Busy establishments sometimes fill their entire trashcans with mostly empty air and styrofoam. 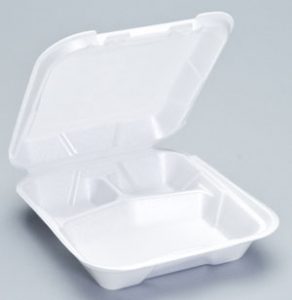 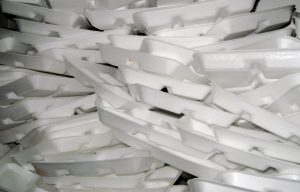 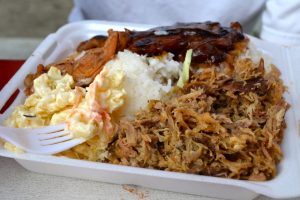 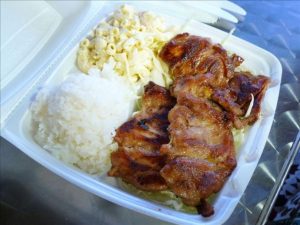 “The EPA and International Agency for Research on Cancer consider styrene a possible human carcinogen.[8][9] The National Bureau of Standards Center for Fire Research found 57 chemical by-products released during the combustion of expanded polystyrene foam.[10] On July 1, 2015, New York City became the largest city in America to attempt to prohibit the sale, possession and distribution of single-use polystyrene foam (the initial decision was overturned on appeal).[11] In San Francisco, supervisors approved the toughest ban on Styrofoam in the US which went into effect January 1, 2017. The city’s Department of the Environment can make exceptions for certain uses like shipping medicines at prescribed temperatures.”

Maui has also tried to put a ban in place.

If these containers could be made out of mycelium they would be biodegradable, compostable, even edible (though likely not very appealing).

The readings this week focus on the treatment of depression with the psychoactive properties of psilocybin mushrooms.  It is not only depression, anxiety, fear of death, and other psychological problems that can be treated with psilocybin.  Cluster headaches are notoriously, debilitatingly painful, suffers report amazingly effective relief from using psilocybin:

There have also been encouraging results in the treatment of persistent alcoholism and drug addiction:

Regarding the directed evolution of bacteria, which may be applicable to breeding specific strains of fungus:

Forests are interconnected by fungus hyphae, tiny tubes.  Trees and fungus are interdependent.  If trees only had access to the C02 in the air, they would be about 1 foot tall.  Trees need minerals from the soil such as nitrogen, phosphorous, magnesium, potassium, calcium, copper, etc.  Lignan requires nitrogen.  The fungus needs sugar from the tree.  Sugar is exchanged for minerals.

Some fungus hunts for nitrogen from living things such as springtails (insect) or even salmon discards from bears.

Trees can bank sugar in fungus, and share sugar with other trees that are in distress.  In a warming forest a tree that is perishing from temperature increase will bequeath it’s sugar to a different species that can better handle the heat.

The networks behave with something resembling intelligence.

Paul Stamets is on point in his TED talk:

I am intrigued by the commercial cultivation of fungus for human consumption.  There are scores of culinary fungi that are profitably cultivated using organic cast offs and other green byproducts all over the world.  Fungus can be grown in places where other forms of food production would be impossible, at scales that range from commercial to hobbyist. 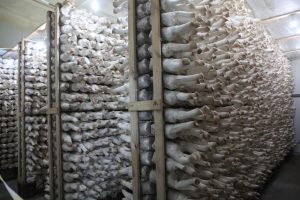 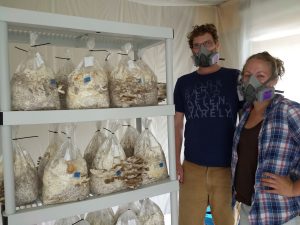 Of course one wonders what other types of fungi could be cultivated and what the culinary possibilities are.  Apparently giant puffballs are edible, which looks otherworldly for larger specimens. 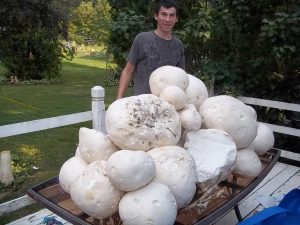 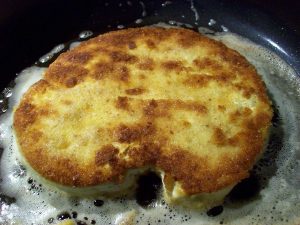 Of further interest to me is the use of fungi for the production of other foodstuffs and commercial products.

The next big thing may be lab grown milk, processed by cleverly engineered yeast lines.  Besides freeing cows from suffering and exploitation, lab grown milk would be better for the environment, and could be tweaked to be better for humans than cow milk. 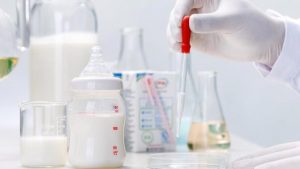 Another aspect of fungi that interests me is the way they decompose and recycle materials in nature.  Researches have discovered some that even digest plastic.

The scientific paper as published in Applied and Environmental Microbiology:

Another approach looks to replace plastics with fungus grown materials.  Vice looks a several projects in this video special:

Another tantalizing use for fungi is in the recovery of precious metals:

Fungi have a large bank of enzymes that they can use to digest different materials.  Through selective breeding, cultivars can be developed that digest certain substances better than others.

Cultivation requires a sterile environment to prevent contamination by bacteria and other fungi.  There is a sweet spot for sterilization because you do not want to destroy the nutrients the fungus consumes.  Grows best in dark humid environment.  The fruiting body needs air, the mycelium needs less air.

Fungi can be used for soil remediation.

After preparing a dense disk of coffee husk mixed with spore, the container is placed in a dark, warm space, inside a plastic bag, with a wadded up, moistened paper towel to keep the air from drying out.